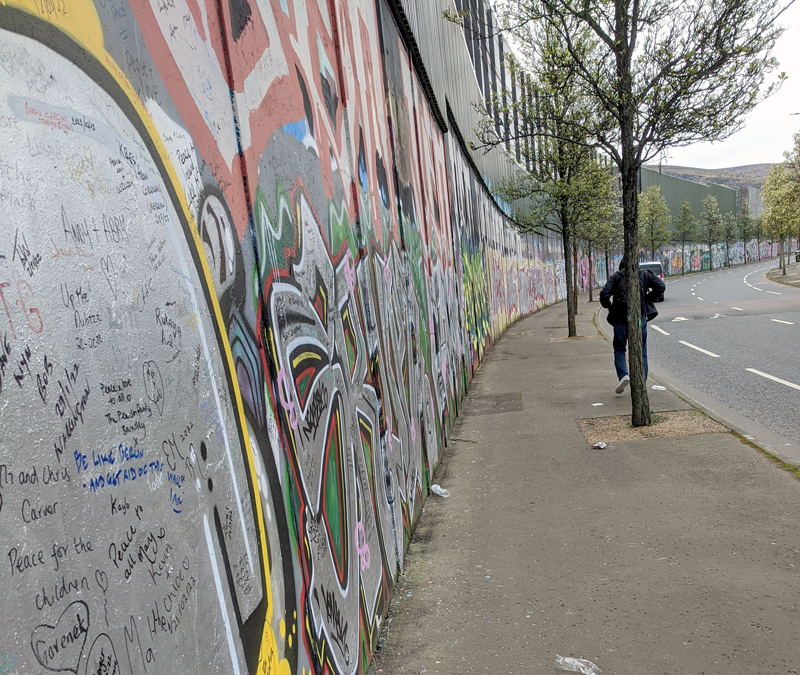 Because 2021 had been an especially troubling year for Brian and me on a personal level, we decided at the first feasible opportunity in 2022 to take a much-needed vacation. We had planned to go to London in December 2021, but at the advice of Brian’s doctors we decided to postpone. However, we still had vouchers for both our plane tickets and our Hamilton tickets at the Queen Victoria Theater in London that were still valid and needed to be used. Moreover, neither one of us had been to Ireland or Scotland, and it had been almost 2 years since our last vacation, and we were anxious to see a new part of the world again. We knew group travel was still a gamble, but we had been triple vaccinated since December, and the travel group required full vaccination for all participations, and Brian’s doctors gave him the “all’s clear” on his first set of post radiation follow up tests, we figured we’d give it a shot and we booked a 10-day trip to Scotland, Northern Ireland, and Ireland. Since we had the time and the theater tickets to use, we also spent the weekend before we met the tour group in London to primarily see Hamilton, and the weekend following the end of the tour in Wales to meet some dear friends we had not seen in a couple of years because of the pandemic.
. 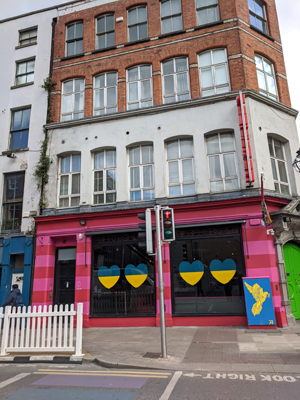 The trip was full of its ups and downs-beginning with my leaving my cell phone on the airplane from Berlin to London and ending when we both tested positive for COVID upon return and having to spend the next 7 days in social isolation. While it turned out to be far from the perfect vacation we had so hoped for, it proved to be a much needed break from every day life, and most importantly a source of inspiration for the new chapter of my life—all while exploring some beautiful scenery and meeting new people and spending time with dear friends, and learning a bit about my heritage—at the end what more can one ask for in a vacation after all, right?

Truthfully, the weather was far from ideal—in fact we were in Iceland in March 2018, and I think it was warmer and sunnier than Scotland and Ireland, but the area was still beautiful despite the snow and sleet we encountered. We saw the Scottish Crown Jewels in Edinburgh, Brian learned to play the bagpipes in Scotland, and we toured the emigration museum in Dublin. I also learned a bit about my own Welsh heritage in Dublin I found a “Name Plate Store “where I found a key chain with the code of honor of my family name—Jones with prominent information about the name including its origins and other famous people who first had the name. Additionally, I was extremely pleased to see the number of Ukrainian flags flown in support of the Ukrainian people across the UK. Whether we in a small village in the Scottish Highlands or the city hall in Belfast or a small shop in Wales, the citizens demonstrated their support for the Ukrainian people. 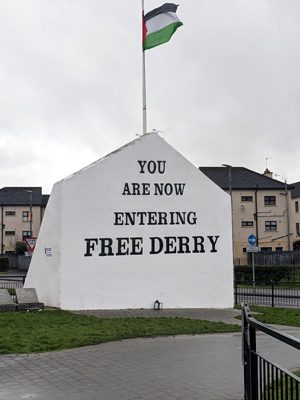 However, another life defining moment for me on both a professional and personal level was when we went to Belfast and Derry, Northern Ireland. Truthfully, I expected to hate Northern Ireland from the stories I remember vaguely about all of the problems in the region as a child. However, much to my surprise, I became so fascinated by the city that was all I could think about the remaining time of my trip. I learned that Belfast, like Berlin had been divided by a wall-citizens of Belfast were divided based upon religion and loyalties to either Ireland or the British Throne. The wall went on for blocks with people signing it and offering support for people who lived and died in quest for being able to control their own destinies. I had not been so moved at a cite since I first visited the remains of the Berlin Wall in 1990. We drove by the wall on a tour bus during the bus tour, and I was so obsessed that later that afternoon when we had free time, Brian and I went back where I could see the messages and the images of the wall up close, where I could take pictures and absorb the history before my eyes. I began to think maybe there is a book to be written comparing the lives/experiences of those in Ireland with those in Germany. I vowed I would never write another book, but in addition to feeling such an overwhelming sense of inspiration with some new reviews I managed to see of Dear Barack (via Brian’s social media) with comments from readers stating their disappointment that there were no other books of mine to read, or “Dear Barack is my first but will not be my last book” I began to think, maybe just maybe it was premature to say I would never write another book. I have ordered some books on both Northern Ireland and Berlin during the Cold War to see if there is something worth pursuing. As Rachel Maddow always says, “Watch this Space” 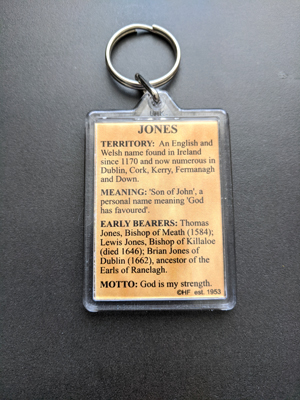 After the tour ended in Ireland, we extended our vacation with a weekend trip to Wales. I was very much looking forward to the final days of our vacation for a couple of reasons. For one, my family emigrated from Wales to the United States –our family bible is even in Welsh. Despite the fact I am fourth generation American, both times I visited Wales I got an eerie sense of “home” and belonging there—even though I am so far removed from the Welsch culture. The second reason I was looking forward to our weekend in Wales is because we were able to spend some time with wonderful friends in their new home in the beautiful countryside right next to land a sheep farmer leases so they have the unique opportunity to see the wonderful wildlife up close, and our friends were very accommodating to my obsession to these beautiful animals. Most people claim that Scotland or Ireland is their favorite part of the UK—for me it unquestionably Wales. Despite the highs and lows and the unexpected challenges of travel, the vacation was a very inspirational one on both a professional and personal level. It had been almost thirty years since my last trip to Wales, and I am not sure when I am going to return again, but I am certain it will not be another thirty years.