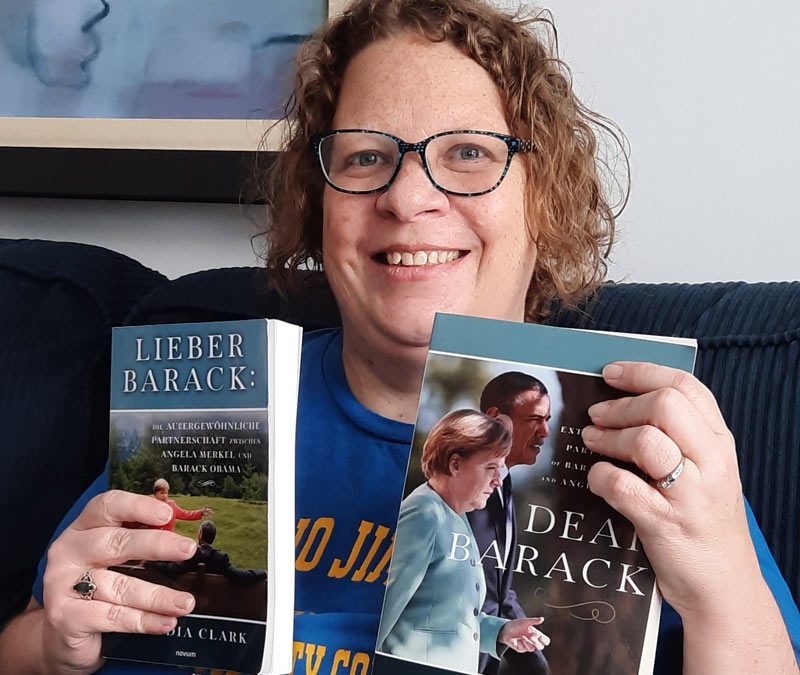 I realize it has been awhile since my latest post, but my life, like that of many of you has been full of ups and downs over the past several months and keeping current on my blog somehow was not a top priority. The year was filled with the biggest highs I have had in my life countered with some of the biggest or scariest lows. It has only been very recently that I have come to truly appreciate what I have, and it was due in large part to the frightening times, and I thought I might share some insight with all of you.

The year began with my spending the 1st couple of weeks in one of the best migraine and headache clinics in Germany seeking inpatient treatment for the lifelong condition I have had with chronic daily migraines. It was a scary experience and often isolating experience for me. The doctors were very nice and accommodating to me—even speaking English with me without my even having to ask. Nevertheless, we were in Covid times, so activities (including dinning room) were limited and meeting or even talking to other patients outside of scheduled activities was all but eliminated, so I often found myself extremely lonely. Nevertheless, because of Covid, my husband had been working for home for the previous six months, and his boss gave him permission to work from a room in an Air B&B he managed to rent (and whose owners were more than thrilled with customers since they had closed because of Covid) So, once a day, every day for the 10 days I was in the hospital, my husband loaded our 2 dogs up in his car and he drove the 20 minute drive to come to visit me. The hospital excluded visitors, and it was the middle of January in Germany, so our visits were limited to both of us wearing masks, and meeting in our car. Nevertheless, I cannot help thinking how fortunate I was that had such a supportive husband to go to these lengths for a usually short visit. I have many friends whose spouses have been less than supportive. The other thing is I appreciated was—I am an immigrant and I barely speak the language, yet, I had access to world class medical treatment, and I did not have to worry about how I was going to pay for it because the healthcare system in Germany is so much better for everyone—including immigrants. 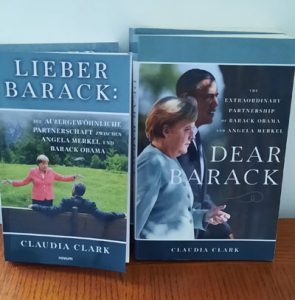 Upon returning home, I received notification that after almost 4 years, I finally signed contracts with publisher’s for both the English and German editions of Dear Barack. In fact, I signed both contracts within 5 days of each other. Because of Merkel’s eminent departure (September) both wanted to publish the book sooner rather than later. Hence, the middle months of the year were taken with editing, and revising, and working with publishers, editors, and PR professionals on both sides to the Atlantic getting Dear Barack /Lieber Barack ready for September publication date for Lieber Barack and mid-October date for Dear Barack. As if this weren’t chaotic enough, after a discussion on the practicality of moving to Berlin that began 18 months earlier, Brian accepted a job in Berlin. In the midst of a housing crisis in Berlin, Covid travelling restrictions, and the overall chaos of making an across the nation move, we somehow managed to find a decent place to live that accepted our dogs and had parking. This is where the dark and scary times begin….

Shortly (3 weeks to be exact) after we move to Berlin my husband went to the doctor about a spot he had on his back. To make a long story short, after 4.5 agonizing weeks of waiting, the tests results confirmed he had a rare skin cancer. This is a frightening realization for anyone but add to the fact we were in a brand new city where we knew no one and were unfamiliar with anything about the city or the area. Meanwhile, my publication dates were fast approaching and my concern and fear over what was happening with Brian overshadowed any excitement about my upcoming books. I tried to keep myself busy with that while we waited for test results with limited success. Brian was scheduled to go into the hospital for another surgery and a series of tests to determine how extensive the cancer was, but not until September—two weeks after their initial diagnosis, so again more agonizing weeks of waiting. In the greater scheme of things, two weeks was not a long period of time, it just seems like it. After almost a week in the hospital, Brian was released and we learned good news, his cancer appeared to have been localized, and the lab report indicated they had gotten everything. Nevertheless, the doctors recommended 6 weeks of radiation just to be certain—radiation which would begin as soon as we returned from the states for my book launching event. 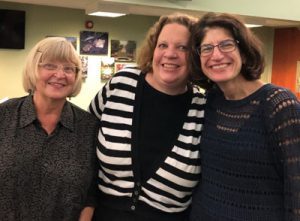 Due to a variety of reasons, the book launch for the German edition of Lieber Barack did not go as well as either my public relations team nor I had hoped, but it was expected. The English, on the other hand, I figured would make up for it. Unfortunately, at least initially did not happen either. Against Brian’s doctors’ preferences Brian made the trip to East Lansing for what was supposed to be my big event. Through no fault of anyone-INCLUDING my PR team, the event was not anywhere nearly as successful as I had hoped it would be—even now I question whether I should have delayed Brian’s treatment so he could accompany me. I was extremely disappointed in the turnout, or lack of turnout. I realized that I was attempting to promote a book in a public forum in the midst of a pandemic, and given all these factors I should have been happy I was even allowed to hold the event. Nevertheless, initially, I was extremely disappointed. After all, the whole reason I wanted to go to Lansing was because that was my “home turf” and that is where my biggest supporters would be. However, in the months that followed, I realize that while the turnout was certainly not what I hoped it would be, I was in states for 5 days, and over the course of that time, with an exception of only a couple of people (who had very good reasons or previous reasons for not attending) I still managed to share the experience with the most important people in my life and those who helped make the book possible, so all things considered, that is nothing to be upset about.

To date, the book still has not sold as many copies as I would have liked. I have thought endlessly about this, but much to my delight, it has received some amazing reviews from professional reviewers on both sides of the Atlantic. I sent a copy of both editions to Merkel’s office and received a letter thanking me for them (the letter is in a frame on my desk so I can look at it every day) I have had people from across the world request copies of the book, and a new “friend” in Canada bought a copy to read to his mother while she was in the hospital recovering. My friend later sent me a photo of his mother (with troubling eye sight in her left eye) insisting on reading the book herself. I have had other random people send me messages complimenting me on the book. These conversations I have had reminded me of why I wrote the book in 1st place. I did not write it to become rich and famous, but because I believed the story of Merkel and Obama’s unusual friendship was one worth telling, and I wanted people to learn about it. So, I have done that. I, an unknown author managed to write a book about 2 of the most powerful people in the world and have had people in two languages read the book. At the end of the day what more can an author ask for? The publication date of a book is its birthday, there is still plenty of time people to purchase the book, and I still attempting to overcome the obstacles of being an unknown author in a highly competitive field of book publication. 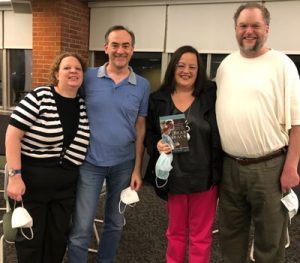 Although 2021 certainly hasn’t been the perfect year compared to the horrible year of 2020, there is a lot to be grateful for. As for the personal side, Brian and I had planned on spending Christmas in London (a life long dream of mine) where we were going to meet some friends whom we hadn’t seen since we left the states. However, Brian needed follow up surgery on his lungs to ensure his cancer hadn’t spread (based on a new ct that was done) and with covid, all of us cancelled our vacation plans. We learned last night that the inflammation in Brian’s lungs was due to another condition (which may not even need treatment) and NOT cancer. Yes, it is disappointing to have to spend Christmas at home, but we are both for the time being healthy (Brian having been treated by what many say are the best doctors in the area) –we are fully vaccinated and boosted, we have a home where we can stay, and we have begun to make friends with our neighbors and fellow Berliner’s. It is unclear what 2022 will bring, maybe I will finally learn German, hopefully my book with give me the credibility I desire to find a permanent job, and hopefully we will be able to enjoy another year with our aging dogs and our health will remain stable. In any event, have a happy holiday season and take time to reflect on the positive, and hope that 2022 will bring the health and happiness 2021 did not for many.