Black History Month: A Perspective by a white woman 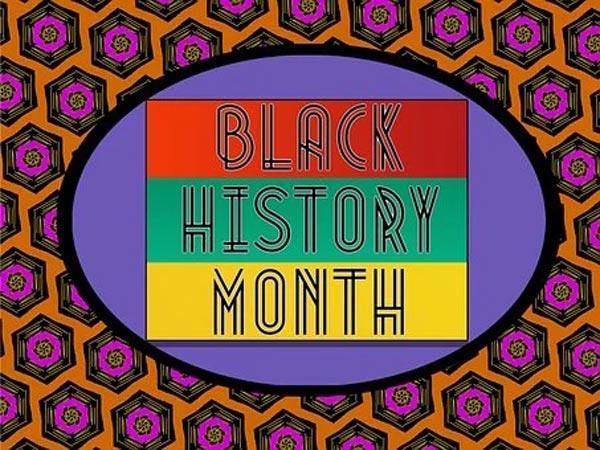 As both a social justice advocate and an author, I am continuously looking for ways to both expand my audience as well as to educate them.  Because I grew up in a politically active family and one of the first stories I remember both my mother and my grandfather told me was the time an African American saved my grandfather’s life.  My grandfather lived in rural Minnesota, and when he was 13 years old in 1927 his appendix ruptured. Fortunately for him, an African American doctor operated and saved him from this often deadly illness.   My family regularly argued that none of us would be alive if it were not for the actions of that physician.  As a result, fighting against racism was one of my earliest and important causes.  In fact, one of my first activities as a college freshman in 1992, I helped to organize campus-wide protests and marches following the Rodney King acquittal. Since racism is an ongoing problem in American society, the King protest was my 1st  protest for racial equality, but I have marched and engaged in other activities many times over the years most recently the Black Lives Matter Movement.  While I generally classify women’s rights to be my primary cause, I learned over the years that racism and sexism often go hand and hand.  I was extremely honored to be asked to write this article for Black History Month.  In this short article, I will give a brief history of the origins of Black History Month, then I will discuss how as an author and advocate is celebrating black history month, and finally how I have managed to merge my feminism with my racial equality beliefs.

The History of Black History Month

From the initial conception of the concept of recognizing prominent African Americans, education was the center of the activities.  Proponents wanted public schools to teach about the importance African Americans played in American History. In 1929, before February became designated Black History Month in the late 1960s, Historian Carter G. Woodson and the Association for the Study of Negro Life and History declared the 2nd week of February as “Negro History Week”. 1. Historians deliberately selected that week because it coincided with Abraham Lincoln’s February 12 birthday and Frederick Douglass’s February 20th birthday—both dates black communities had celebrated together since the late 19th century. 2. Although the first Negro History Week was met with apathetic responses, Woodson regarded the event as “one of the most fortunate steps ever taken by the Association”, and planned to repeat the event on an annual basis.

3. Over the following decades, Negro History Week became so popular that mayors across the country endorsed it as a holiday. 4. Black History as we know and celebrate today came as a result of a proposal by the Black United Students at Kent State University and black faculty members in February 1969 with the first celebration taking place on the campus of Kent State University in 1970. 5. In 1976, in the coordination of the celebrations of the Bicentennial of the United States, President Gerald Ford officially recognized Black History Month and he encouraged Americans to “seize the opportunity to honor the too-often neglected accomplishments of Black Americans in every area of endeavor throughout our history”. 6. In the black community, Black History Month was met with enthusiastic response; it prompted the creation of Black history clubs, an increase in interest among teachers, and interest from progressive whites. Although Black History Month began in the United States, today the accomplishments of prominent Black individuals is celebrated in the United Kingdom, Canada, and Ireland as well as the United States.

Since its inception, Black History Month has faced controversy.  On one hand, there are people very proud of the accomplishments of the African American community and believe a dedicated month to celebrate their accomplishments is warranted.  On the other hand, critics of Black History month argue that African Americans have played an important role in the history of America, and black history is American history and should be taught alongside any American history class. Hence, they oppose marginalizing African Americans to only one month of the year.

By 2020 fifty years following the first Black History month,  the activities achieved the recognition it rightly deserved.  For example, The Wall Street Journal describes it as “a time when the culture and contributions of African Americans take center stage” in a variety of cultural institutions including theaters, libraries and museums. 7. More importantly, Black History Month celebrations have expanded beyond the educational institutions into the social media and business worlds as well.  For example, in 2018, Instagram created its first-ever Black History Month program which spotlighted a series of first-time initiatives, including a union between Spotify and #BlackGirlMagic and the launch of the #CelebrateBlackCreatives program, which reached an audience of more than 19 million people. 8. From the business community, Forbes noted that “much of corporate America is commemorating” Black History Month including Target, Google, Coca-Cola, and many others.

9. In my role I see myself as an educator as much as a writer or an activist. Because most people think African American History consists of the abolition movement and the civil rights movement, I try to educate people about the other notable accomplishments of the African American community in addition to Rosa Parks, Martin Luther King Jr, and Malcolm X.  Daily on my Instagram, LinkedIn, Facebook, and Twitter accounts I have highlighted African Americans such as Olympic Gold Medalist Jesse Owens, Actor Sidney Poitier, the first African American doctor (Dr. James McCune Smith), and the first African American musical composer, William Grant Still. Additionally, I discuss George Crum, the inventor of the potato chip, and John Burr, the man who invented the lawnmower.  I thought this approach would be useful because it gave me the opportunity to learn something new about people about whom I knew nothing, and I could pass along my knowledge to others in the social media world.  I have been pleasantly surprised at the number of comments from people thanking me for the history lesson and encouraging me to continue with more prominent people. With regard to the controversy that African American history should not be limited to one month, I certainly do not disagree with that train of thought—one could make the same argument about women’s history month (March) and gay pride (June) as well.  There is no doubt that prominent people in American history should be discussed in American history courses regardless of their race, gender, or sexual orientation.  Nevertheless, because these individuals have been marginalized or overlooked by mainstream society, I see nothing wrong with continuing to have dedicated months to highlight the said groups’ achievements and accomplishments.  In my role, I do try to highlight individuals who break barriers anytime I see or hear of someone, and not just during black history month or women’s history month, but admittedly I could do a better job.

Since it is only halfway through the month of February, I am still researching other African Americans to spotlight for the remaining days of the month. Of course, being a political activist, Thurgood Marshall, and President Obama will be highlighted.  In addition to the work, creativity, etc. of African American men, African American women have played an equally important role in American history and society also. Because March is women’s history month, I am saving the prominent African American women for the last week of February—a way to segue from Black History to Women’s History. Women whom I will spotlight include Shirley Chisholm (first African American woman elected to Congress) Katherine Johnson (mathematician for NASA featured in movie Hidden Figures) and of course former First Lady Michelle Obama, and Vice President Kamala Harris.   Given my interest in both women’s issues and racial issues, it should be no surprise to anyone that I found myself so mesmerized with the relationship of President Obama and German Chancellor Merkel that I have written a book about the partnership between the United States 1st African American President and Germany’s 1st woman chancellor.  To learn more about their relationship and my other social justice issues and campaigns, please visit my website and my blog  (claudiaclarkauthor.com) where I discuss the intersection of many of these important relationships.

Claudia Clark, MSW, is a historian and political activist living as an Expat outside Munich, Germany. She is the author of the upcoming book : My Partner, My Friend: The Relationship Between U.S. President Barack Obama and German Chancellor Dr. Angela Merkel. She works on social justice issues dealing with sex, social orientation, and race.