ExpertsConnect EP. 10: Key Issues at Stake in the US Presidential Election 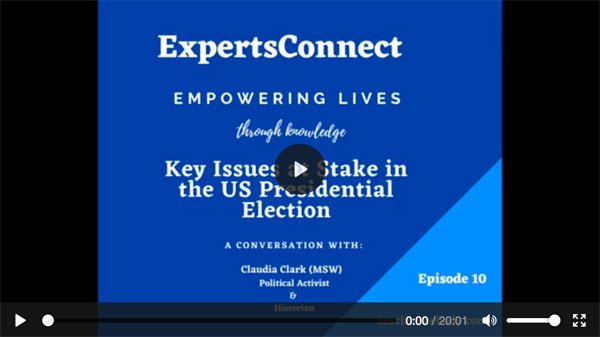 In this episode of ExpertsConnect, we had a conversation concerning the Key Issues at Stake in the US Presidential Election with Claudia Clark (MSW), Political Activist, Historian, and Author of My Partner, My Friend.

Our discussion topics were centered around the following topics.